Chloe’s disco bead workshop was the first time I had worked with superduo beads. I hadn’t considered using them before but they were really fun to play with and the workshop gave me the push I needed to design some of my own beads using superduo/twin beads.

In the first instance I tried making variations of Chloe’s disco beads. I had had the idea at the workshop and sat down when I got home with a supply of 2 hole beads and had a go. Yeah…they didn’t work, a definite reinforcement of the phrase  “it ain’t broke, don’t fix it”.

So it was time to try something of my own. I played around with various beads and threads until I saw the start of something I liked. I added to this design and tweaked until it worked and I made this lantern bead.

Now to work on variations of the design and see what can be done with them:) 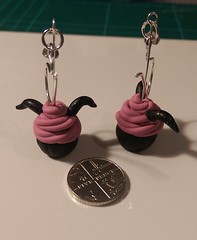 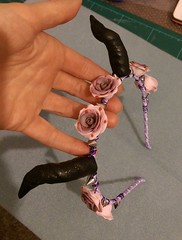 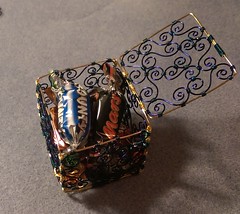